How to Create a Standout Personal Brand 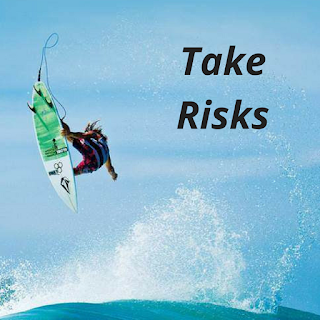 From Entrepreneur, Kelsey Humphreys describes how to create a personal brand that stands out by exploring the success of Charlamagne Tha God, host of The Breakfast Club. Some of my favorite advice is:

It’s worth noting that his bold style has indeed gotten him fired multiple times. But, Charlamagne has repeatedly said that he is “for the people” not “for the industry” -- meaning while he is a fan of many hip-hop celebrities, he’s not going to pander to them in any way. This is a risky move, since The Breakfast Club obviously wants to maintain its celebrity interviews. The risk continues to pay off, however, because “the people” love Charlamagne.
Now with his brand new book, Black Privilege: Opportunity Comes to Those Who Create It, Charlamagne is taking a bit of a risk again, choosing such a provocative title. But the bottom line for him comes down to honest, even when it’s risky.
As he told The New York Times recently, “Honesty is a foundation, and it’s usually a solid foundation. Even if I do get in trouble for what I said, it’s something that I can stand on.”

Charlemagne decided back in his intern days that he wanted to be a star jock, not content to stay in South Carolina forever. He put in the hustle, and he also worked to stay relevant and innovative. For example, he started recording his radio shows on video back when YouTube was still relatively new. Now part of his fame is due to the viral videos that have come out of provocative Breakfast Club conversations. He was also an early adopter on social media, now with over 1.8 million followers on Twitter alone.
If you want to go far, work to prove yourself and then make meaningful connections, he advises. “Every opportunity I've ever gotten is because of somebody I've met, a new connection I've made . . . showing love, meeting people, shaking hands.” he shared. “I have no problem asking somebody what they do, what they're into, how did they get there, how can I be involved? If it's something I want to be involved in . . . being annoying. You gotta have a DJ Khaled level of annoyance.” His willingness to ask questions and show his hunger brings me to my next point.
Related: 7 Signs Your Personal Brand Needs Work

You probably cannot find an interview with Charlamagne where he doesn’t mention his upbringing on the dirt-road town of Monck’s Corner, S.C. He is big on supporting his home state and goes back to his high school regularly for charity events. This is a man who will never forget where he came from. He takes manners seriously, a lesson learned from his grandmother, and true to form, he shook every hand in the room when he walked in for our interview.
Charlamagne is also big on listening and observing, another common trait of the massively successful people I interview on The Pursuit. He is also well read and deeply spiritual. He explained that in order to have such real moments live on the radio, you have to stay present, open and receptive. For such a brash personality, he’s very willing to get vulnerable. He explained, “I don't mind having that experience with the listeners, like I don't mind that confusion. I don't mind [saying ‘I don’t know.’]”
Even if you’ve fallen on hard times -- like Charlamagne did in his early years, serving some jail time and then working whatever odd jobs he could -- don’t let the negativity in.

Read the full story at How to Create a Standout Personal Brand
Posted by Nathan S. Gibson at 6:00 PM